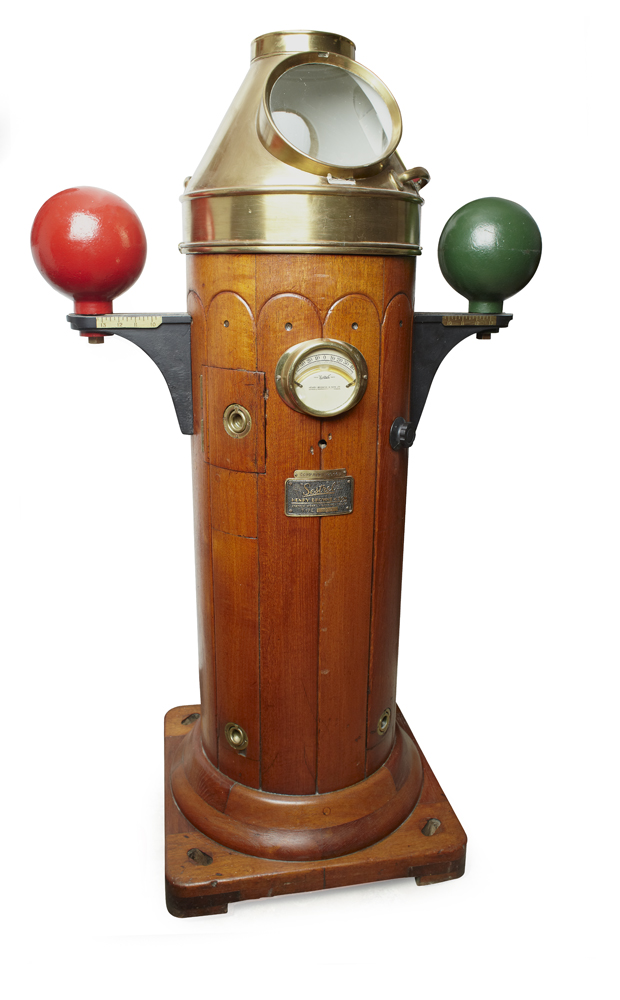 New Publication due May 2011. A History of Binnacles. Pamela Burns-Balogh. A binnacle is the housing for the compass, magnets, and soft iron objects that make it possible for a ship to go from one port to another. Most binnacles did not survive, ships were destroyed, binnacles were scrapped for the metals, and compasses were updated. The only knowledge we have of some binnacles is through the photographic record. This is a history of the development and styles of binnacles from the 16th to the 20th century. The book covers the earliest cabinet binnacles in the 17th century to the complex binnacles of 1960’s. Archival photographs, photographs from museums, old journals, patent drawings and descriptions, and photographs from nautical antique dealers are included to illustrate the history of binnacles.

This book is supplied on a CD disk as an Adobe Acrobat file- binnacles.pdf. It may be viewed with Adobe Acrobat reader, already installed on your computer or you may download it from http:www.adobe.com. It is best viewed as a printed edition and may be printed on any modern printer or taken to a copy shop and printed out double-sided and bound. over 500

pages, completely illustrated with B&W and color photos. ISBN 978-1-878762-24-5. CD. $69.95 email for further information or to order or download the order form  shipping is approximately $20 for UPS or priority, sometimes higher depending on your location.